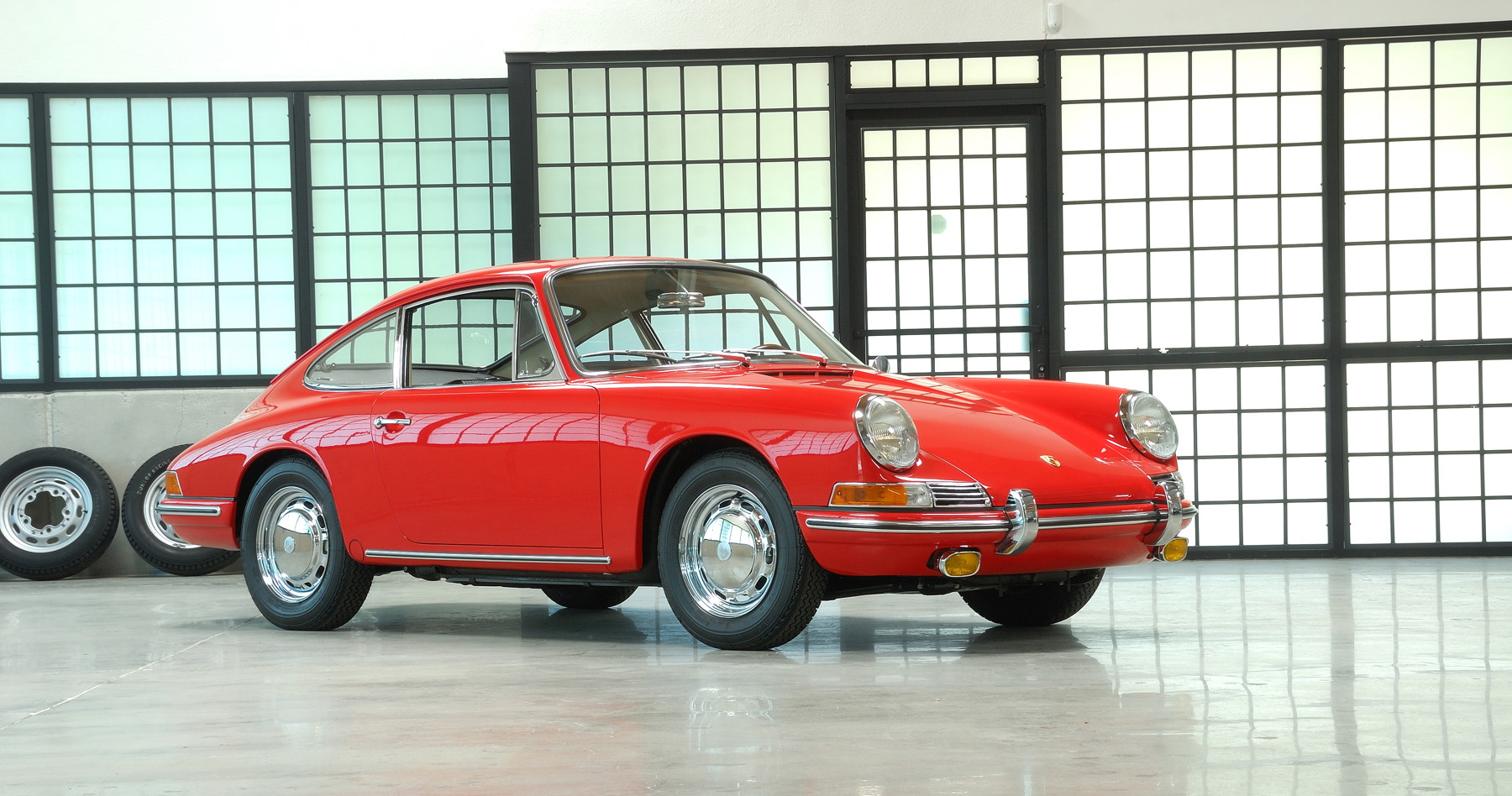 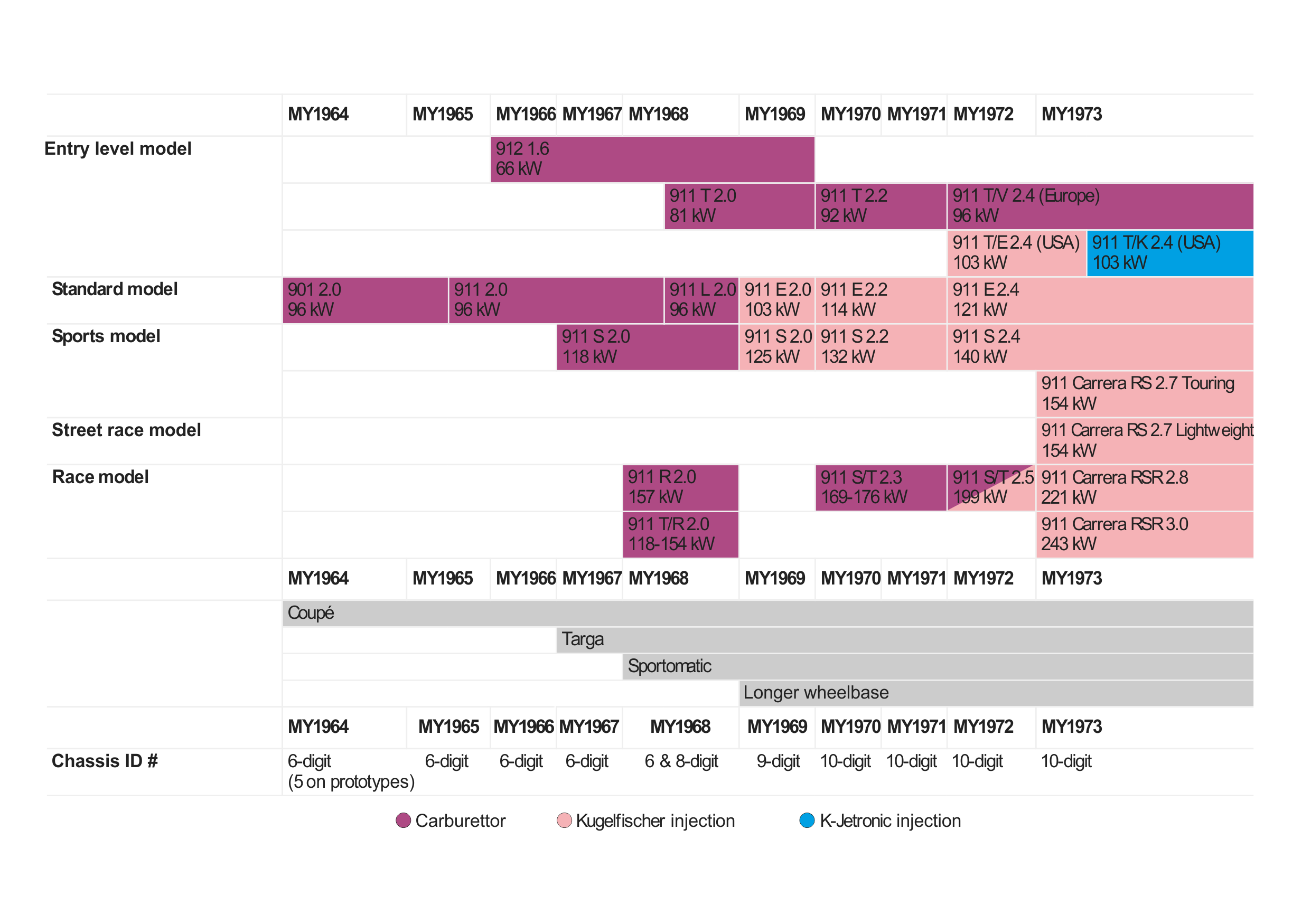 The first life-size clay models around 1959 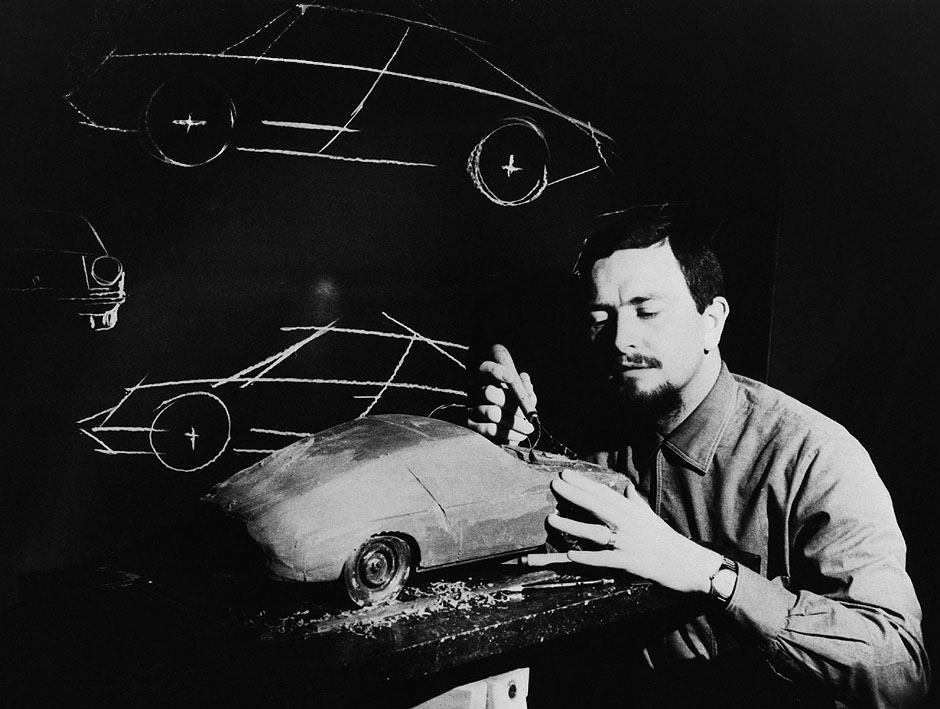 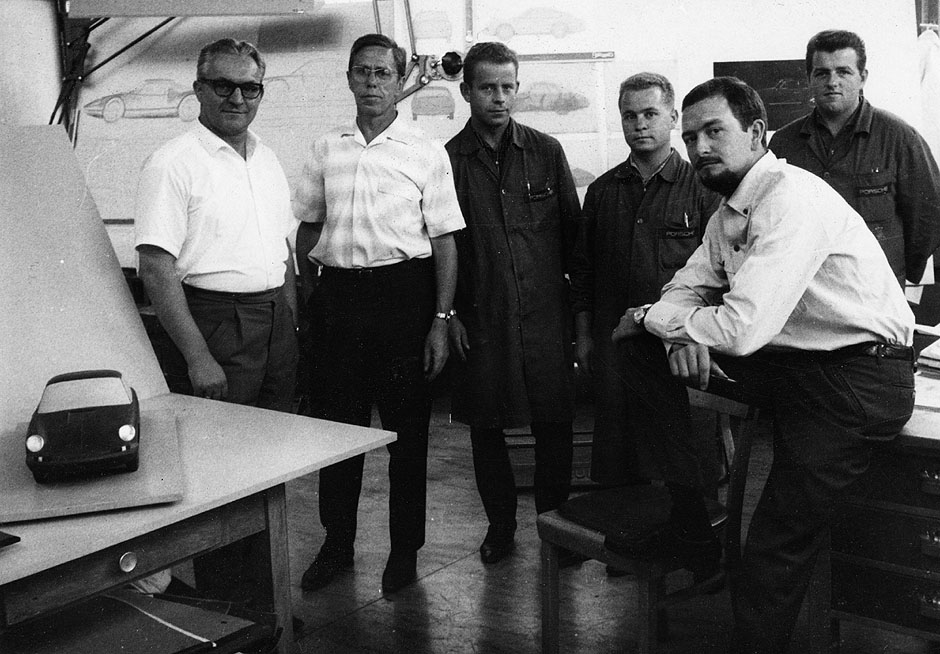 The 901 World Premiere at the IAA Frankfurt Motor Show. To the right: F.A.Porsche.

History of the 1st Generation

Due to the limited resources of Porsche, the launch of the 356 replacing 911 put a lot of responsibility on the company. The idea of ​​the 356 offspring came from Ferry Porsche (founder Dr. Ferdinand Porsche’s son) in 1956. In 1960, his work was assisted by Butzi Porsche (Ferry’s son), bodybuilder Edwin Komenda and power transmission engineer Hans Tomala, who developed the Type 7 prototype in a style that apparently led to the 911.

The Porsche 901 was launched on September 12, 1963 at the Frankfurt International Motor Show. The 901 was 120 mm longer but 70 mm narrower than the 356C. As the new model has become increasingly sophisticated over the years, its weight increased by approx. 100 kilograms. The official 901 specifications in September 1963 were as follows: 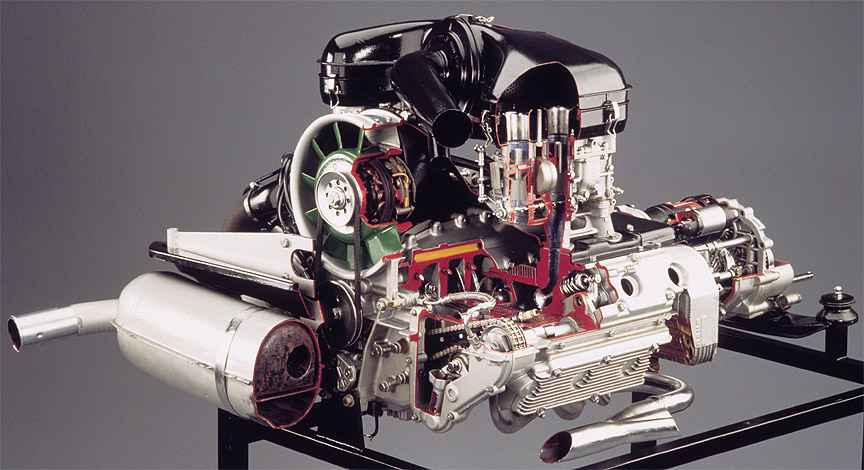 6 cylinder boxer, 1991 cm³, 96 kW at 6100 rpm. Excess fluid carburettors were used, which did not have a float chamber, so they were insensitive to intense acceleration and centrifugal force. The cooling was provided by an 11-blade fan. Its power requirement was 4.5% of engine power, which is lower than that of similar water cooled units. As in the case of the 4-cylinder Carrera, the 6 cylinder boxer also had a dry sump oil lubrication system. The 2-liter engine was used in 901/911 until 1969 and in 914/6 in 1972.

On November 2, 1964, 901 was renamed to 911 for Peugeot’s copyright claim, claiming he bought the right for every 3-digit type for a decade, with zero in the middle.

Peugeot had the right to apply only to France, but Porsche decided to change its brand name so that it would be able to sell these types of uniform on the same market in each market – so 911 came out of 901.

The numbering of chassis numbers designated 901’s under 300049, then from the number 300049 a car could be either 901 or 911. For example, there is a known 901 with serial number 300080. The mark was changed from one day to the next. The reason some 911’s chassis no. is smaller than some 901s is that the chassis number was pushed into the chassis when it was finished, but the mark (901 or 911) just came to the car when it was ordered . Some body parts were still in the factory for more time than others, and this is the reason for this “confusion” in the sequence of 901/911 chassis numbers. 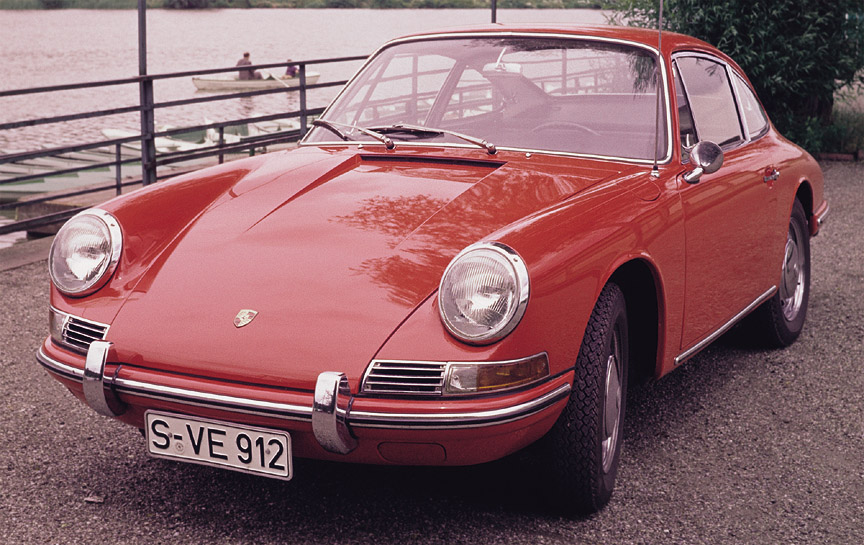 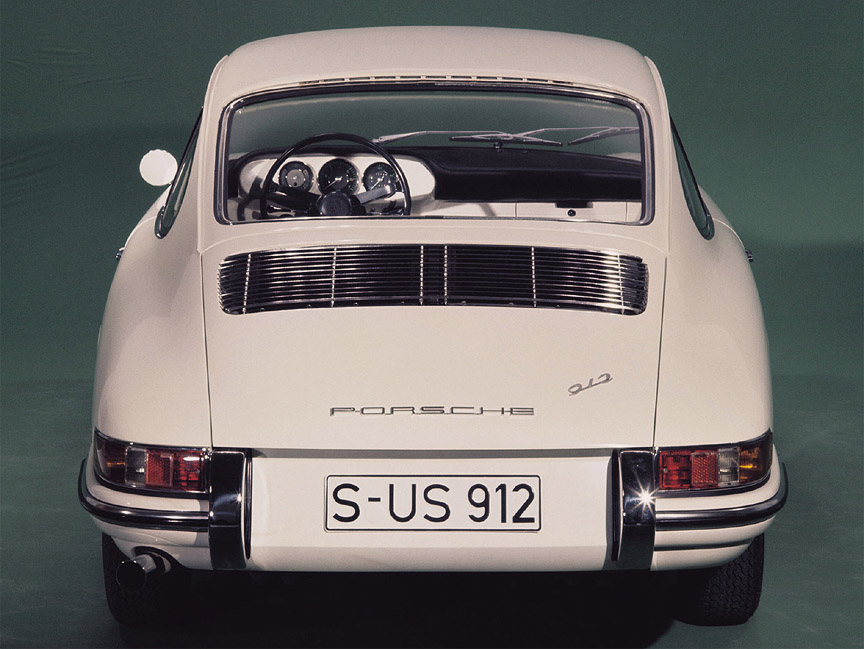 The main visual difference between the 911 and 912 is only visible from the cabin, with only 3 instruments on the 912 instrument panel, but we can remind you that there were 5 instruments available for a surcharge. The diagonal 912 logo was replaced horizontally from the MY1967 models and the logo was placed centrally below the grid. 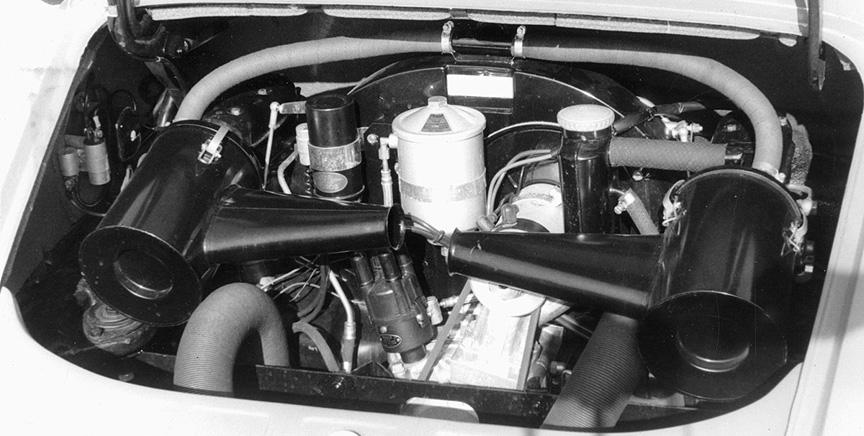 Porsche 912 1.6 liter 4 cylinder box engine. The special feature of this equipment is the rare Mann & Hummel air filter (used in cars M1967-68, the body of which was built by Karmann in Osnabrück).